Stinger are small fighter class ships employeed by the Korb. A single Stringer by itself is little threat, it possess no shields, hyperdrive, or plasma torpedoes. Howerever Stringers are carried into battle by the thousands and deployed by large carrier craft. Swarming their targets, they overpower them by shear numbers. 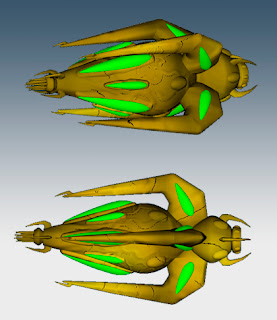 Stringer made of organic material like all Korb technology, and is grown rather then built. Unlike fighters of the Droc and Corporations which are manned by one or two pilots, Stringers are living creatures that pilot themselves, taking commands from their carrier ships. 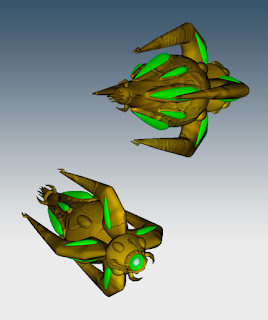